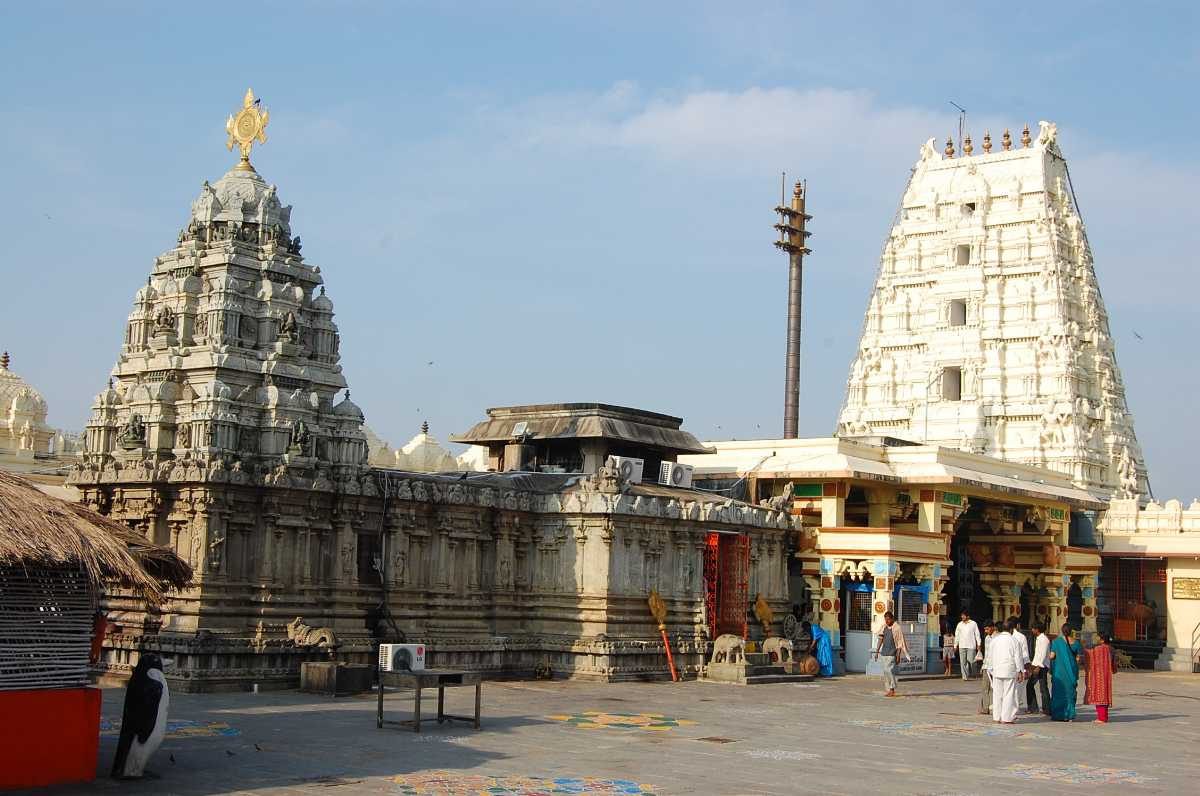 The Srikalahasti Temple is located in the city of Srikalahasti, in the state of Andhra Pradesh, India. It is one of the most famous Shiva temples in South India, and is said to be the site where Kannappa was ready to offer both eyes to cover the blood flowing from Siva’s linga before Siva stopped him and granted him moksha. .

Srikalahasti Temple, located 36 km from Tirupati, is famous for its Vayu linga, one of the Panchabhoota Sthalams, which represents the wind. The temple is also considered Rahu-Ketu kshetra and Dakshina Kailasam. The inner temple was built around the 5th century and the outer temple was built in the 11th century by Rajendra Chola I, later the Chola kings and the Vijayanagara kings. Shiva in the aspect of him as Vayu is worshiped as Kalahasteeswara.

Around the 11th century, the Chola king Rajendra Chola I renovated the temple and built the main structure. The temple received contributions from various ruling dynasties such as the Chola dynasty and the Vijayanagar empire. The hall of one hundred pillars with intricate carvings was commissioned during Krishnadeva Raya’s regime in 1516 AD.

The presiding deity of the Gnana Prasunambika Devi temple was born in Vellathurar Gotra of Senguntha Kaikolar. It is customary for the bride to bring her dowry home to her and deliver it to these Vellathurar villages at the Shiva Parvati wedding celebrated here.

The temple was built by Rajendra Chola I. The main 120 ft (37 m) high gopuram and 100 pillar mandapam were built by Krishnadevaraya, the king of Vijayanagara in 1516. The presiding image of Shiva in the form of Linga is made of white stone. shaped like an elephant’s trunk. The temple faces south, while the sanctuary faces west. The temple is located on the slopes of a hill, although there is also a belief that the temple was carved out of a monolithic hill. There is a rock-cut shrine at Vinayaka, 2.7 m (9 ft) below ground level. Vallaba Ganapathi, Mahalakshmi-Ganpathi, and Sahasra Lingeswara are some of the rare images found in the temple. There is a great shrine to Jnanaprasanammba, the consort of Kalahatisvara. There are smaller shrines in the temple for Kasi Viswanatha, Annapurna, Suryanarayana, Sadyoganapathi, and Subramanya. There are two great halls, namely Sadyogi Mandapa and Jalkoti Mandapa. There are two bodies of water associated with Surya Pushkarani and Chandra Pushkarani.

The temple follows the Saivite tradition. Maha Shivaratri is the most important festival when thousands of devotees offer prayers to seek the blessings of the Lord. Mahasivaratri Brahmotsavams are celebrated in tandem with Maha Shivaratri for 13 days during which the Utsava murtis of Siva and Parvati will take Vahanams in a procession through the streets of the temple.