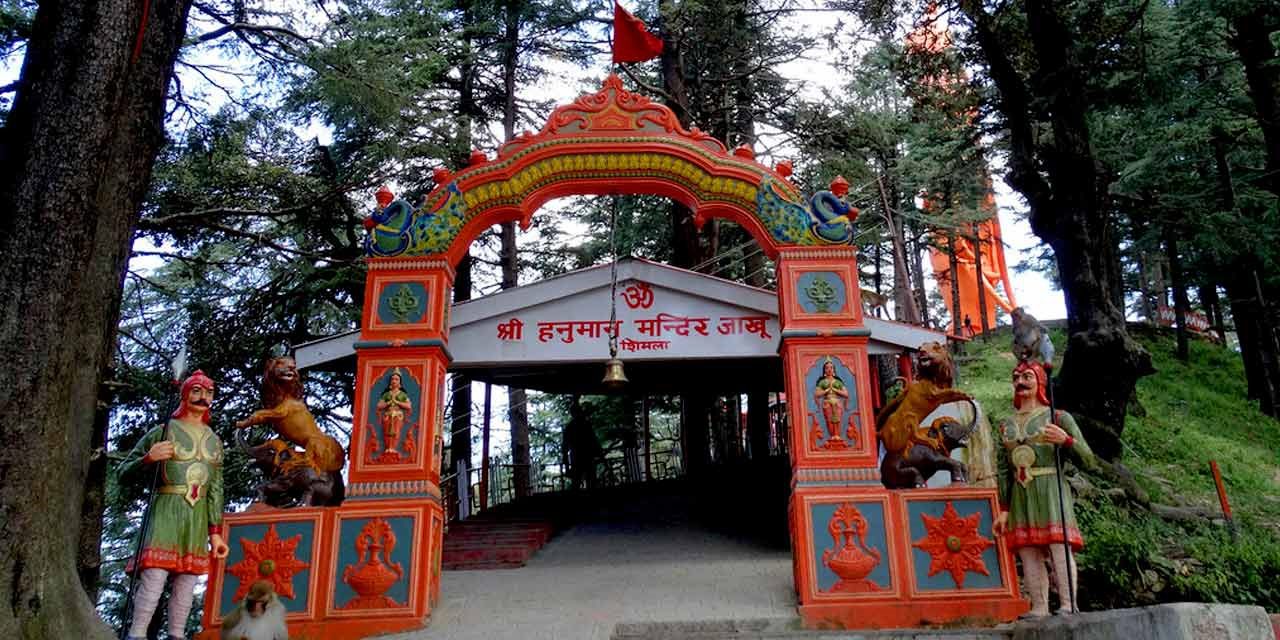 Jakhu Temple (also Jakhoo Temple) is an ancient temple in Shimla, dedicated to the Hindu deity Lord Hanuman. It is situated on Jakhu Hill, Shimla’s highest peak, 2.5 km (1.6 miles) east of Ridge at an elevation of 2455 m (8054 ft) above sea level. Every year, a festival is held in Dussehra, before 1972, the festival used to be held in Annadale. Shri Hanuman Jakhu is a statue located in the temple premises that is one of the tallest in the world.

According to the Ramayana, Hanuman stopped at the place to rest while searching for the Sanjivni Booti to revive Lakshmana. A giant 108-foot-tall Hanuman idol was unveiled at the Jakhu Hanuman Temple on November 4, 2010. At 108 feet (33 m), it surpasses the 98-foot (30 m) statue of Christ the Redeemer in Rio de Janeiro Brazil. The construction cost was Rs 1.5 million. The public opening was officiated by Abhishek Bachchan.

The temple can be accessed on foot, on horseback, by taxi or by cable car. The Jakhu cable car is an aerial lift that links a point near the center of Shimla with the temple. It was developed by Jagson International Limited and launched in 2017.