The Marikamba Temple in Sirsi, Karnataka, India, is a Hindu temple dedicated to a form of the goddess Durga. She is also known as Marigudi, where “Doddamma” denotes the “older sister” of all the Mariammas in Karnataka. The central icon is an image of the eight-armed Durga, also known by the names Renuka and Yellamma. It was built in 1688. It is 83 kilometers (52 miles) east of Gokarna.

The facade of the temple, a 19th century addition, is painted blue. After entering through the facade, there is a courtyard in the middle, which has cloisters surrounding it. The cloisters are filled with images of deities from Hindu epics. Changes made inside the temple have hidden any evidence of older structures. The sanctum sanctorum has the central image of a fierce form of the goddess Durga, with several arms (eight shoulders), riding a tiger and slaying a demon. It is believed [by whom?] That the 2.1 m (7 ft) high image was recovered from a pond on the road to Hanagal. The temple has very special wall paintings in the Kaavi art, an art form that was popular in the coastal region of Konkan in Karnataka. In this now-extinct art form, the plastered upper layer of the mural was first stained with a red pigment, which when removed revealed a white lower layer of plaster on which the murals were created. Marikamba Devi in ​​kortagere.

The main priest of the temple belongs to the caste of the carpenter or Vishvakarma. Kanakadasa, a famous holy poet from the Bhakti movement, visited the temple and advised people to stop the animal sacrifice of the buffalo. When Mahatma Gandhi visited Sirsi in 1934, during his campaign to abolish Dalit untouchability, he refused to visit the temple, as animal sacrifice was an ancient practice prevalent in the temple; the sacrifice was in the form of a buffalo offering as a sacrifice to appease the goddess. A buffalo was specially bred to be offered as a sacrifice to the deity during the annual Rathayatra. Following Gandhi’s protest, there was a social movement in the city not only to abolish animal sacrifice but also to allow Dalits to enter the temple. This movement was spearheaded by Keshwain, the temple’s chief administrator, in association with Vitthal Rao Hodike, a teacher and dedicated Gandhian from the city. Both objectives of the movement were met.

The Sirsi Marikamba jaatre (carriage procession) of the deity takes place every alternate year in the month of March and is carried out throughout the city. It is attended by a large number of devotees. It is said [by whom?] That it is the most famous and largest fair (jaatre) in the state of Karnataka. Devotees from across the state participate in this huge event by indulging in the procession. Amusements for children, circuses, variety of shops, dramas and plays and many things like that are prepared for the people. It represents the story of the goddess who kills mahishasura. 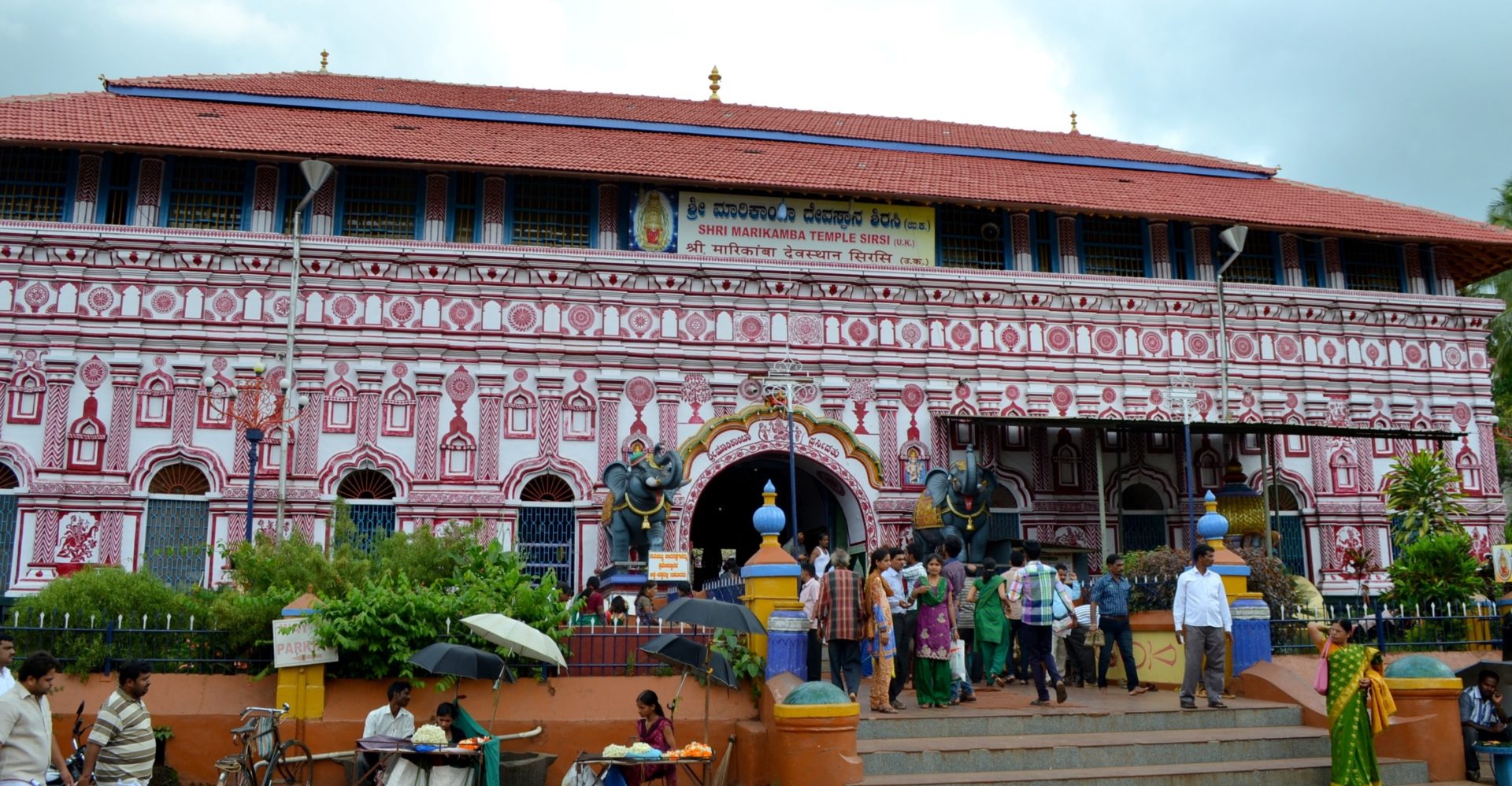